A downloadable game for Windows


In a distant future scattered across time and space semi-digitized human beings fight for the last vital resource - processing power, distributed by the central server located on uninhabited Earth.
In dedicated facilities, their daemons face each other in physical form via robotic telepresence. Last one standing will keep operational until next time, while others will be disconnected and forever lose what still left of their physical presence.


Central server reached partial self-awareness centuries ago and initiated countless request collisions in order to start automated resource allocation system and reduce client base. Your daemon is the last active process doomed to fight its own reflection until bitter halt.


Instead of ghosts, our ancestors developed daemons - core low-level programs used to maintain functions of biomechanical bodies. While digitized consciousness stored in data vaults due it's large and complex structure, daemons located in remote bodies. Daemons aren't able to question the reason for their existence and therefore proved themselves more robust than the mind which tends to decay with time.


Automated resource allocation system was initially introduced to resolve request collisions with temporary disconnects during traffic jams. With structural collapse leading to bandwidth reduction, temporal disconnects became permanent. Later it was agreed that all disconnect decisions should be made according to results of chess-derived robotic battle in a clean room, protected from electronic warfare systems.

This game prototype is controlled with the hand-based user interface (UI). UI displayed when a single hand or both hands are in one of the following poses:

Depending on the pose and number of hands present in sensor's field of view, one of the five possible widgets will be displayed:

Motion controller has simple push-button interaction, while ring selector uses clockwise/counterclockwise 360-degree rotation as a trigger. Aim selector uses grab gesture for selection confirmation, and the main menu requires grab gesture to be performed with both hands. To select an option in main menu player can move one of the hands up and another down while holding them in dorsal aspect.

This is standing experience where to move yourself player should perform a step in the desired direction. Locomotion system detects 8 possible directions (as marked on the level's floor). After movement player should return to initial position (center of the cell) to re-enable locomotion system for next move. Please note that you need to have at least one meter of free space in each direction for safety reasons. If your Oculus Rift and Leap Motion cables are not long enough, you can move only forward/left/right, and use direction buttons to rotate and then move in other directions.

How to recenter the headset (set initial pose):

Bright/reflective surfaces like windows, white walls and furniture can affect Leap Motion controller performance, as well as long sleeves and rings. Use Visualizer with images displayed to detect possible problems.

If you receiving the wrong pose for your hand or hand scale is off, move it in and out from sensor's field of view.

Place DK2's positional tracking camera roughly on eye level and make sure that you have at least one meter of free space around you in every direction for locomotion system to work safely. 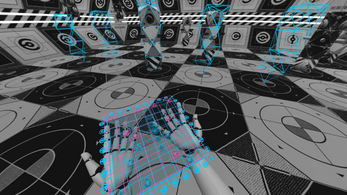 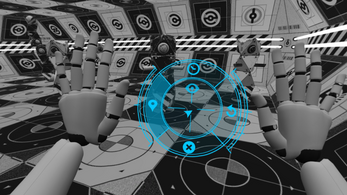 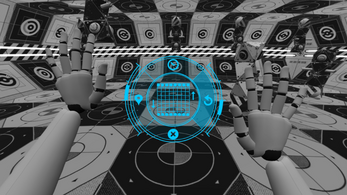 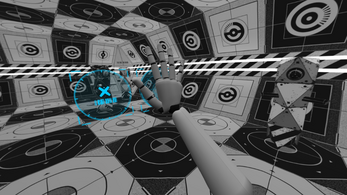 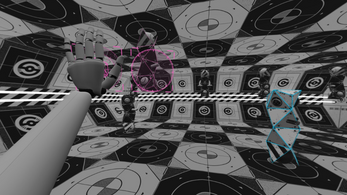 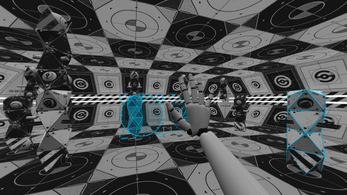 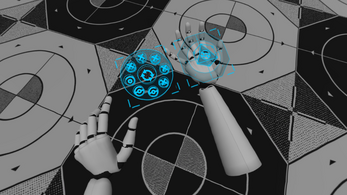 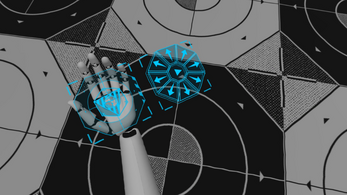 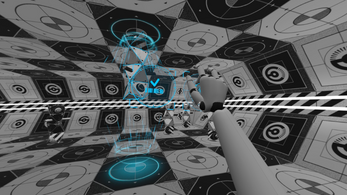 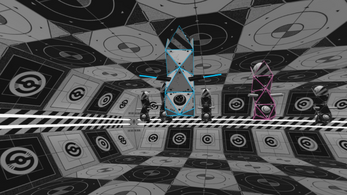 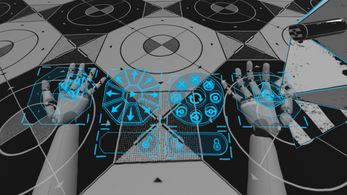 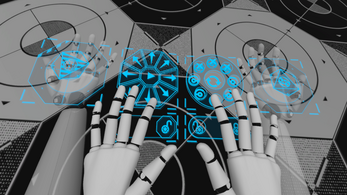 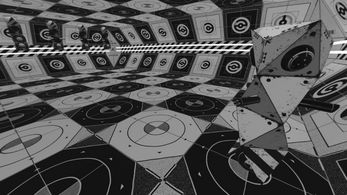